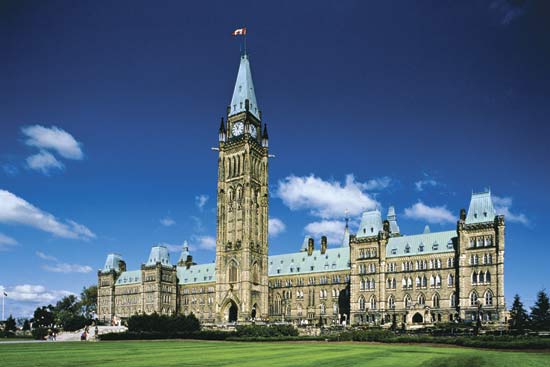 Ottawa (April 1, 2015):  The World Sikh Organization of Canada has expressed serious concerns over the measures proposed in the Government of Canada's Bill C-51, the Anti-Terrorism Act, 2015 in submissions to the House of Commons Standing Committee on Public Safety.

As the House of Commons Standing Committee on Public Safety and National Security embarks upon a detailed review of Bill C-51, WSO President Dr. Amritpal Singh Shergill has sent a detailed letter to the committee setting out concerns about the proposed legislation from the perspective of the Sikh community.

Endorsing the Canadian Bar Association's brief on Bill C-51, the WSO's submissions focus on the potential negative effects of the advocacy of "terrorism offences in general" provision and on the need for greater oversight, review and accountability for Canadian security agencies.

Dr. Shergill wrote, "from the perspective of the Sikh community, proposed section 83.221 of Bill C-51 raises considerable concern. The Government of India has repeatedly categorized legitimate activities of Sikh political activists in India and even in Canada in support of human rights or a separate Sikh state as extremism. While not everyone may agree with these views, they are certainly not any more extremist than those held by Western or Quebec separatists. Rightfully, Prime Minister Stephen Harper recognized in November 2012 that violence or terrorism cannot be confused with the right of Sikh Canadians to hold and promote political views, including those that governments may find disagreeable. We are concerned that the creation of this “speech” crime could potentially be used to stifle legitimate dissent and advocacy. "

Referring to the recent bans by the Government of India on films such as Sadda Haq and Kaume De Heere,  Dr. Shergill noted, "given the broad wording of Section 83.221 these activities could potentially trigger the provisions proposed in Bill C-51 as well. Stifling free discussion and reflection on this traumatic period will have a deeply negative impact on the Sikh community."

The WSO submissions also call for increased powers and resources to the Security Intelligence Review Committee (SIRC), a parliamentary review committee and a Sunset Clause that would require the legislation to be reviewed and renewed every five years.

Dr. Shergill said today, "we support measures that reduce the risk of terrorism and protect Canadians, but these measures have to be balanced with individual liberties.  We fear that without significant amendments, Bill C-51 will not achieve that balance and will likely be found to be in violation of the Charter."

The World Sikh Organization of Canada (WSO) is a non-profit organization with a mandate to promote and protect the interests of Canadian Sikhs as well as to promote and advocate for the protection of human rights for all individuals, irrespective of race, religion, gender, ethnicity, and social and economic status.