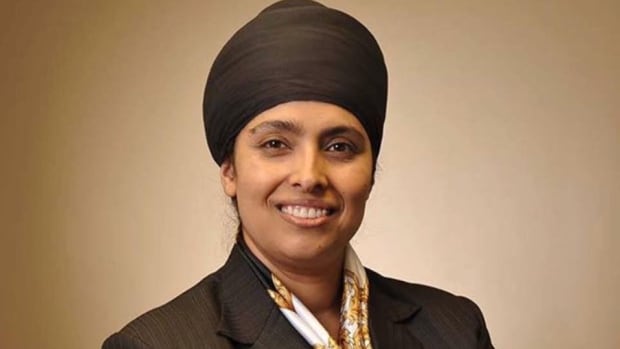 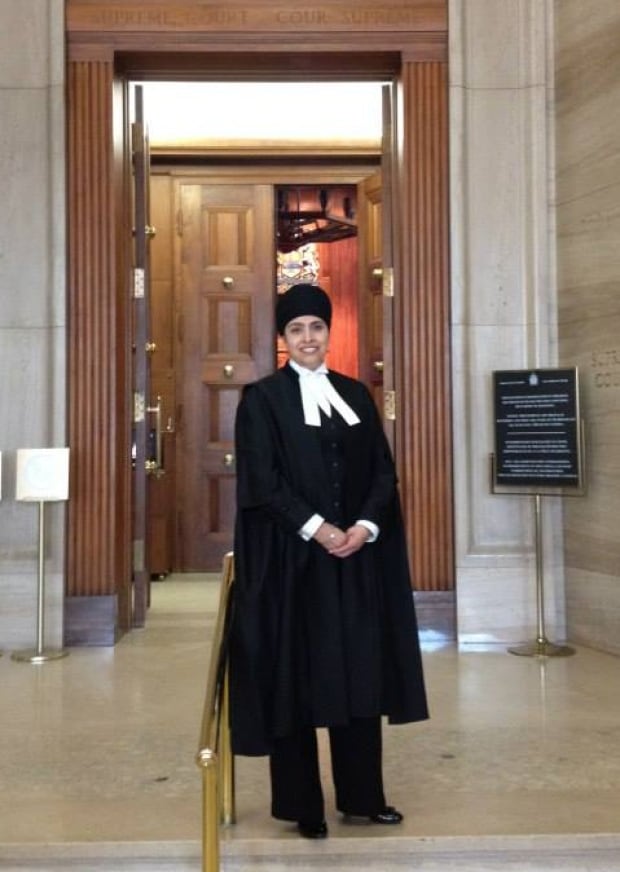 Palbinder Kaur Shergill on the steps of the Supreme Court of Canada prior to arguing an appeal in Loyola High School v. Quebec (Attorney General). (World Sikh Organization of Canada/Facebook)

The latter is what set her work apart as a leading human rights advocate, says Singh.

She has appeared in front of Canada's highest court at least three times arguing cases that have shaped human rights and religious freedom laws in the country.

In 2012, she was appointed Queen's Counsel, a honourary title given by the province to lawyers who have made exceptional contributions to the profession.

She is also a recipient of the Queen's Golden Jubilee Medal for community service.

Shergill was born in Punjab, India and raised in Williams Lake, B.C. Word of her appointment this week spread quickly across the Pacific.

Singh says politicians in India have sent congratulations and there have even been day-long celebrations in her home village.

"According to media reports, people and the media have been visiting her family there, people have been distributing sweets," he said.

"The Shiromani Gurdwara Prabandhak Committee, the body that manages Sikh shrines and gurdwaras in India, has welcomed her to come India ... so she can be celebrated and honoured."

Shergill is currently on holiday in Europe according to Singh.

The federal government says outside of her legal work, Shergill volunteers as a high school debate coach, plays several traditional instruments and is "kicking her way" to a black belt in Tae Kwon Do.