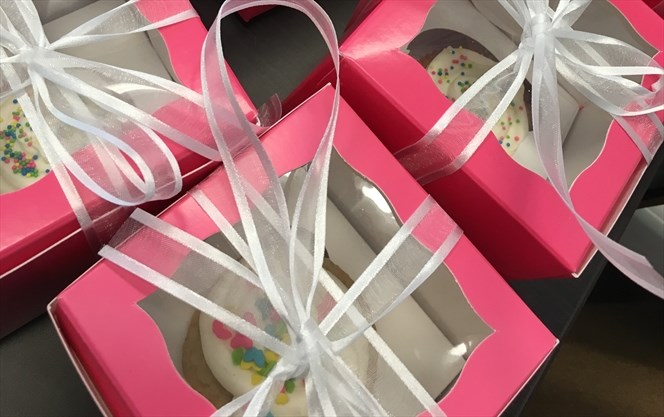 On the occasion of Valentine’s Day, Sikh community members of Peel region Sunday, Feb. 12, marked the One Billion Rising campaign to raise awareness about domestic violence.

In partnership with the World Sikh Organization (WSO) of Canada, every year Sikh community members deliver packages and gifts to local women’s shelters across the country.

“One in three women will be beaten or raped in their lifetime,” said Gurleen Sidhu of WSO Canada. “This campaign is about bringing awareness about issues surrounding family violence.”

To mark the campaign, volunteers prepared more than 300 packages — each consisting of Valentine’s Day cards, chocolates and personal care products such as tooth brushes, shampoo and hygiene items — and delivered them to women’s shelter in Mississauga and Brampton.

In the spirit of the Sikh tradition of langar (free food), volunteers also baked cup cakes and distributed them along with gift packages.

Sidhu said the goal of the campaign is to also raise awareness about bullying and reject all forms of domestic violence.