This competition has been created in commemoration of the work done Jaswant Singh Khalra. The competition's objective is to encourage Canadian students to research and write about topics related to human rights.

Students from any background with an interest in human rights are welcome to participate in this competition.

In order to participate in this competition, please read through the instructions below. To qualify for grading, you must also submit a completed copy of the consent and liability form along with your essay. Be sure to read through the entire package. The deadline for submission is Sunday, October 30th, 2016 at 11:59 pm to [email protected] with the essay and consent/liability form.

There are three age categories:

The topic for the essay competition this year is: “Institutionalized Oppression.”

As defined by the Oxford dictionary, oppression is the “prolonged cruel or unjust treatment or exercise of authority”. State oppression is that which is conducted by government, political or military powers. There are many examples of state oppression in recent history, such as the oppression and assimilation of Native communities across North America; the Sikh genocide of 1984 or the persecution of Falun Gong members in China.  How can the oppression of groups be prevented from occurring over and over again? (Use examples that have had success in the past and also provide ideas and examples that could be initiated now to make these changes). What steps can be taken at a domestic and international level to address societal injustices against any group of people? Note: These particular ideas are to help guide your essay and do not necessarily need to be answered individually as long as an overview of the topic is covered.

The essays will be graded on their content, style, form, grammar and citations. Make sure to spend ample amount of time editing and proof-reading your work. You are welcome and encourages to have your peers look over your essays as well.

The following grading system will be used for all groups:

4 points will be awarded for correct citations, using the same grading system.

Jaswant Singh Khalra, a lawyer by education, was a bank employee in the city of Amritsar in Punjab.  During the early 1990s, while searching for a colleague who went missing, Jaswant Singh Khalra discovered files from the municipal corporation of the city of Amritsar which contained the names, age and address of thousands of Sikhs who had been killed and later illegally cremated by the Indian security forces as unclaimed bodies. Further research revealed thousands of cases in three other districts in Punjab.  In total, S. Khalra discovered approximately 25,000 cases of extra-judicial killings.

To raise awareness of the human rights abuses in Punjab, at the invitation of the World Sikh Organization of Canada, S. Khalra travelled to Canada in April 1995. Khalra’s grandfather had earlier made the same journey on the Komagata Maru (only to be turned away by Canadian authorities).

In Canada, S. Khalra met with Canadian Parliamentarians in Ottawa and also spoke at Sikh gatherings about his findings.  Some Canadian Sikhs approached him and suggested that he would be wise to apply for refugee status in Canada because a return to India would put him harm’s way.  S. Khalra said that he knew he might be killed, but he had a job to do and he didn’t think he could do it sitting outside of Punjab.

Upon his return to India, on September 6, 1995, the Punjab Police abducted S. Khalra. From his abduction on September 6, 1995 until his eventual murder on October 27, 1995, S. Khalra endured unspeakable torture and abuse. His only fault was that he had worked to expose the human rights abuses in Punjab and had raised the issue on the international stage. 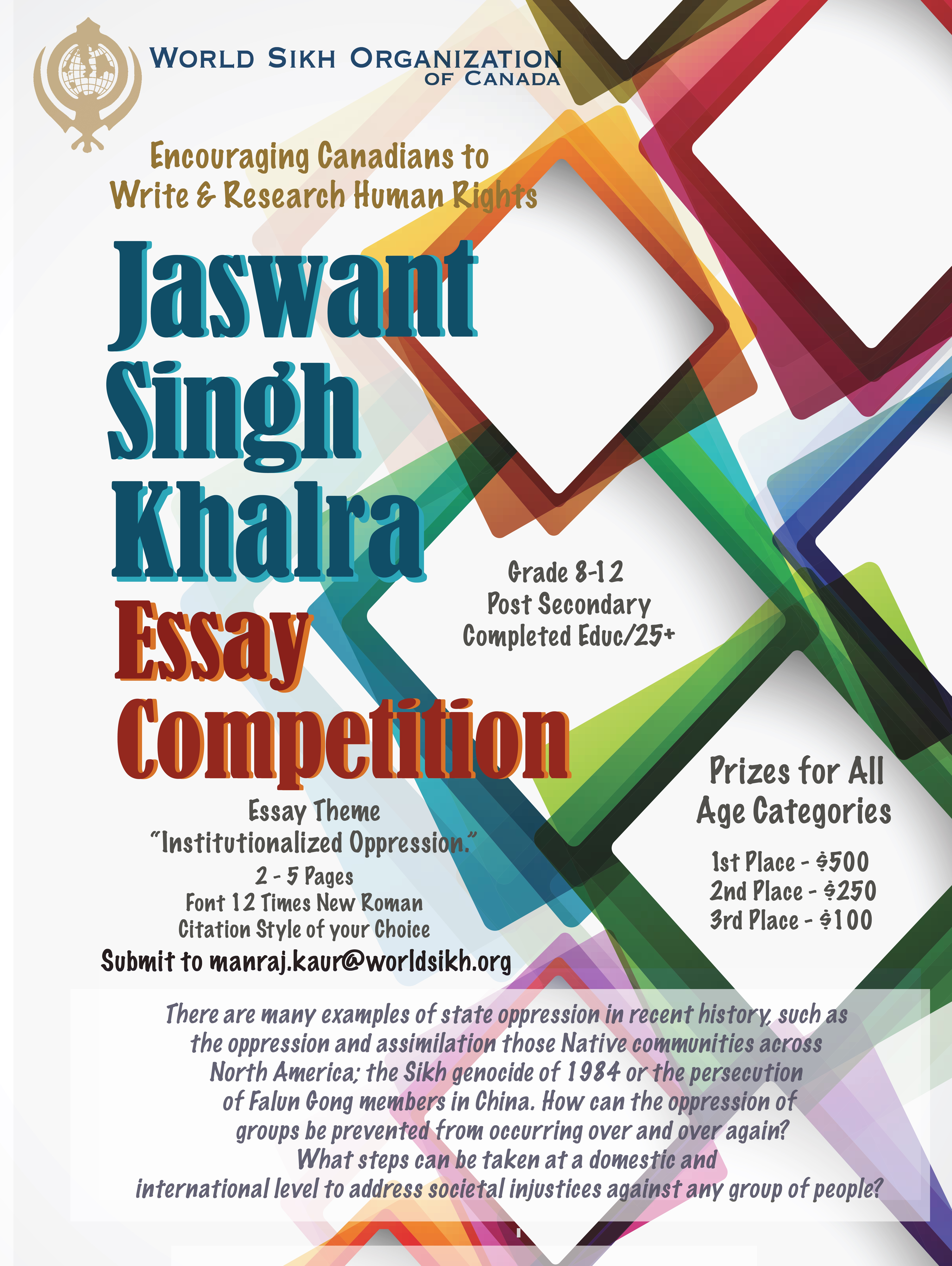